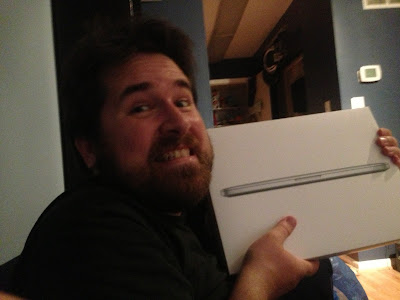 We had a literally the laziest past weekend, ever! Aside from JR scoring a great deal on a MacBook Pro at Best Buy (Black Friday in July anyone?), we pretty much just lazed about playing Rogue Legacy and watching Celebrity Ghost Stories (my choice, not his). I like it okay?! How can you not want to watch Tom Green tell you about the night he spent at a haunted museum, complete with re-enactments?

Okay, maybe you can, but then we need to re-evaluate our friendship... or non-existent friendship if I don't know you.

So we did a lot of cooking this weekend and one of my favorites we made was beer marinated red-snapper with a toasted coconut topping. We started out with a gorgeous filet of quality snapper from our local fisherman's market, aka the Harris Teeter. I really don't know why they put that paper on the outside, they're not fooling anyone. 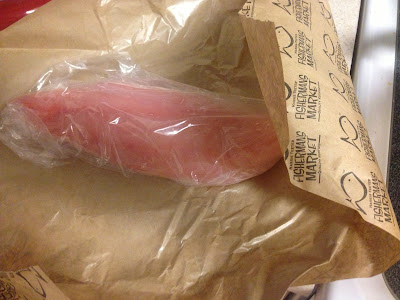 Then we filled a 13x9 pyrex with Bud Light - Platinum, because we had it in the fridge (Only top shelf American lager for us *awkward wink*), and the other option was an apple wheat, which probably wouldn't have melded with the coconut. 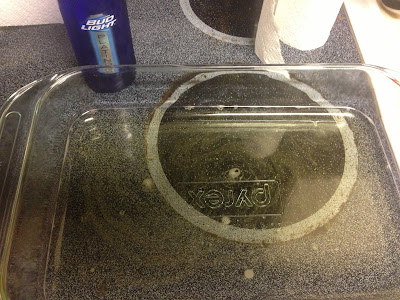 Sliced the filet into single portions. 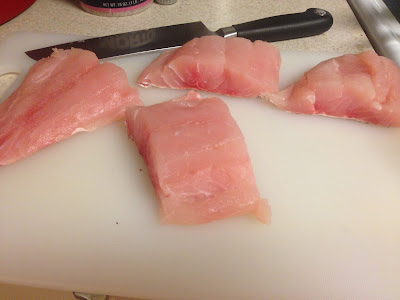 And popped them, flesh-side down into the beer. 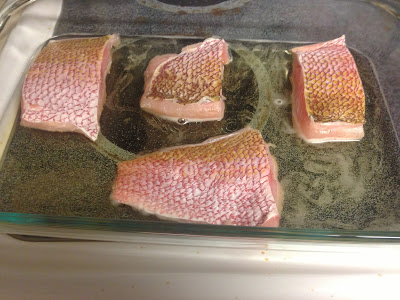 While those were doing their Rumors-tango (as I like to call all booze-filled adventures), I started toasting 1 full cup of sweetened coconut flakes in a cast-iron skillet. Excuse my upside-down picture, but I'm not changing it. 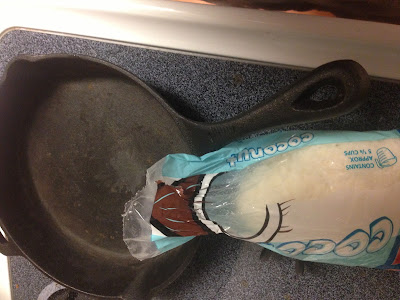 When the coconut had a gorgeous, golden-brown color, I popped them out of the pan (I'm not going to tell you how long it took, because, one - I dont remember, and two - you should be watching your food as you cook it), and let them cool/harden up in a bowl.

After that I flipped the fish so that they were scale-side down so that that side had the opportunity to really soak up the bad-decisions, then I started our side dishes (some roasted baby corn and spicy corn and yeast rolls, because who doesn't love yeast rolls?!). Once I started the sides and the cast-iron skillet was cooler, I cleaned out the remainder of the coconut from the skillet, did a circle of EVOO, to coat, then heated it to medium-high.

Unfortunately, I didn't think about taking a photo until I was in the middle of eating, so everything else is basically just instructions on fish cooking.

After the fish have marinated for 30 minutes, total - 15 minutes on each side. Pat the filets dry. (I added a dash of cumin and paprika and some garlic powder). Then when the skillet is good and hot drop them scale side down. cook till you see the color on the side change from translucent to opaque about 3/4th of the way up, then flip. Cook another few minutes until done.

Top with toasted Coconut, and Voilá! Near - instant delish! We had some pineapple to go with it, and it was amazing! Sorry for the gross picture, but if you wanted to see it finished, this was all I had... oops! I'll remember to take better pix the next time! 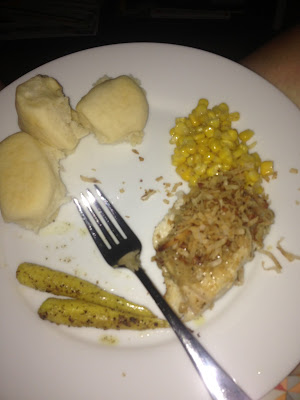 Stay tuned every Monday and Thursday for new posts!