My Not So Secret Container Garden

So a few weeks ago I let y'all in on a little secret, I'm growing a container garden on JR P.I.'s (previously noted as MM) porch. That's right, my boyfriend is the once infamous trumpet player of the Legwarmers.

What originally started out as me wanting to grow some seeds, has now turned into a full blown porch obsession. If you remember the pictures of the tiny little green sprouts from last blog, these are them now. On the left is the marigolds, in the middle is the ?s, and on the right is the poppies. 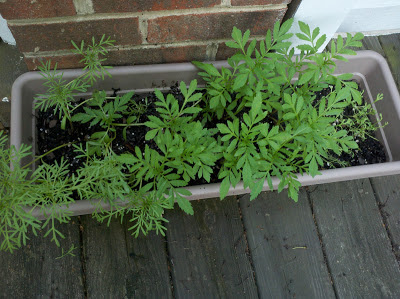 So far I have learned 2 things from this potting organization:
1. I really wanted to grow plants. I mean, seriously, it's like I just took a pot full of soil and made it rain seeds...
2. I over-populated my pot. There is absolutely no room for these plants to reach their full potential, because I've created a pot sized experiment in Darwinization. Talk about survival of the fittest. These are going to have to be replanted or thinned out before full growth can be achieved.

Here are the snap dragons, in the left pot, which look like they're blooming, but they're not happy about it... I really think that last cold snap we had did some damage. 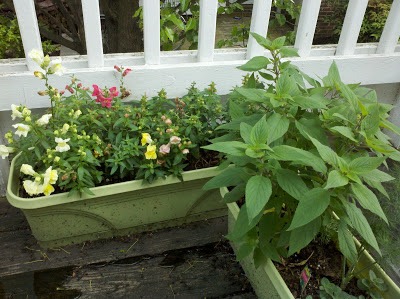 in fact. It's almost as if the snap dragons are all... 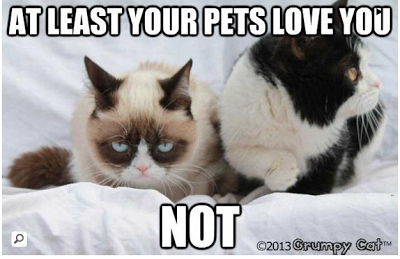 Told you... my snap dragons hate me.

As for those little jiffy cups I was telling you about, they're doing awesome! Or they were before the deluge we had last weekend, we'll find out soon if they will turn yellow from the inundation. But so far so good! 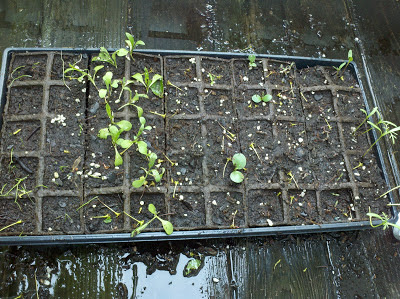 From left to right we have Chives, what I think are maybe bachelor buttons, blue belles (yeah, Texas!), Amaranthus, and what was left of the marigold seeds. They're growing quite nicely. I'll update y'all with more pictures and more garden lessons next time.

But I leave you with this pic of our herb jungle. The Pineapple Sage in the back, dill in the middle and the low growing oregano! NOM! 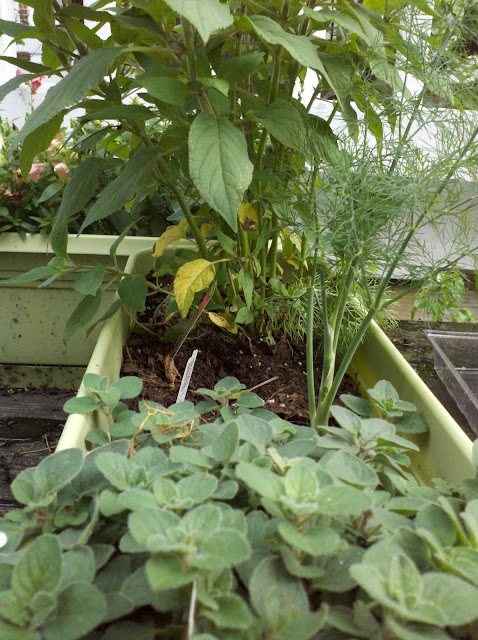