I've lived here since August 2006, and much regrettably  I have never seen Mount Vernon until last weekend with my parents and MM. Something like this would normally be right up my alley. 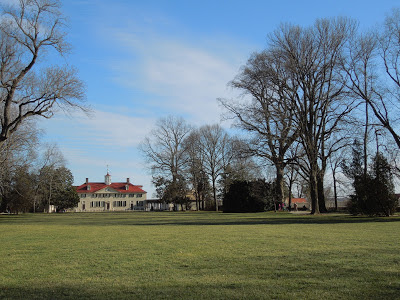 I have to admit I love history, like it's one of my most favorite things to learn, but I had never even looked up a picture of Mount Vernon before, mainly because I fail at caring about George Washington past looking at him on my dolla, dolla bills, ya'll!

So here's my Mount Vernon overview, sorry if it's a bit all over the place.

I cannot iterate enough how beautiful Mount Vernon is set next to the Potomac River. It is so gorgeous, pictures cannot even begin to show you, but I'll try. 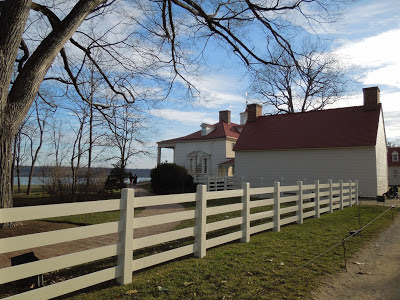 You can just see the Potomac over to the left of this picture, with a whisper of the giant porch where I'm sure George and Martha spent quiet evenings watching the ducks float down the river.

To be honest I thought the tour was kind of a jip. I wanted to see the third floor, I wanted to read details about what happened in what room, but instead of a bit of meandering, you're forced through the mansion at a breakneck pace. It's just lame. I get that they have a lot of people going through, and they have a lot of precious belongings in the house, like the key to the bastille (26.99 in the gift shop!), but 2-5 minutes in each portion of the house with 25 perfect strangers is a bit... underwhelming. 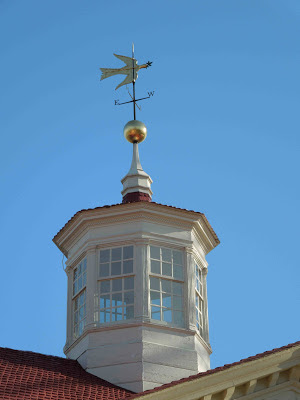 I did read of a tour they're offering through March 15th at 2pm everyday that leads you up to the 3rd floor, which I really really wanted to see, because I longed to peer from the circle tower to see everything the land has to offer... Instead I just got to imagine what it looked like from the outside. I'll probably go try this tour as well because I NEED TO KNOW. I MUST SEE EVERYTHING.

The "historical interpreters" told us that it was unlikely that George ventured up there, but you cannot tell me for a second that George, Mr FreeMason himself was not curious enough to climb to the top of his tower to see storms rolling in, or to watch the comings and goings of his farm. They have to be on crack city.

Now I believe in spirits and moods of buildings and structures. I watch Celebrity Ghost Stories like it's my job, only to be immediately terrified and refuse to go to sleep for the next 2 hours. I've also never experienced a "presence" as they call them, but I do believe they exist.

And this is poignant because as I walked through the mansion, I felt fine. I felt normal. I felt like my normal self, but as I peeked my head into the door of Martha and George's bedroom before Georgie boy died, I immediately felt like someone had ripped my heart out.

And I know what you're thinking... it's because you found out the story. But it's not... I was at the head of the pack walking through the house, I was peaking in doors before we were allowed to, because I'm just like that... So I was looking into rooms before the interpreter began telling the stories, and as I admitted earlier... I knew nothing of Washington's daily life before I walked into that house.

But I firmly believe that the walls of Mount Vernon definitely have the aches and pains of Martha's spirit echoing in the very structure of the house. You can feel her. It's weird, but you definitely can feel her sadness (side note: who knew Martha was such a looker in her early days? George you lucky scoundrel!).

I'd show you pictures of the interior, but for some reason Mount Vernon is all like "Copyright Issue," No Photos!

Overall a very cool experience, highly recommend it if you're at all a history buff or just curious about Washington and life in the 1700s... Or if you just love beautiful things. Just know that during the winter months the mansion property closes at 4pm (museum at 5pm). Also it's hella cold out there on the land during the winter months... I definitely recommend going in spring or fall, which I will likely be doing now that I'm entranced by the land.

Expect to spend 3+ hours or so wandering around the property, because there's a lot to see. I loved walking along the open land, it's very reminiscent of where I grew up, minus the whole... Mansion aspect... and the slaves... and the horses... because my father wouldn't buy me a pony no matter how many Christmasses and Birthdays I asked for one... 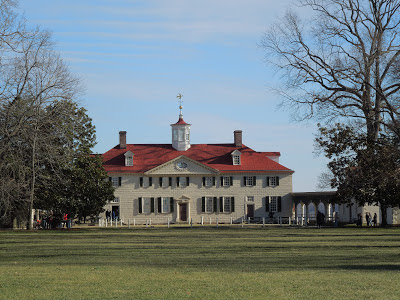