It's Been Too Long

It's been too long my friends.

Summer is here; our plants are thriving; we have a deposit on an adorable girl puppy, and JR and I have tied the knot.

It's been a busy few months, but boy have they been productive and happy! The wedding was a blast, and it has been very lovely to have gotten to spend our engagement around such an amazing group of family and friends. We're just very much looking forward to having a few nice relaxing weekends, before we do anything else too crazy!

We've just gotten back from Scotland, and let me tell you. If you don't have plans to go there... you should. It's everything you could imagine - picturesque, friendly, tasty, and absolutely just like a scene out of a novel. It has hiking and castles and gorgeous flowers and friendly people and some might-i-ly tasty food, and if you like tight windy roads, it's a utopia!

Now that the wedding is over and the honeymoon has wrapped, it's time to start planning for our next great adventure - Our PUPPY! We just found out that we'll be getting a girl puppy so It's official that she'll be called:
The Dowager Countess Nymeria MacBattleby Logiealmond MacGold of the Easter Geddes, the Maid of Nairnshire, Baroness of Drumornie, The First of Her Name

Had it been a boy, he would have been called:
Sir Onich Wynd MacBattleby Logiealmond MacGold, the Thane of Nairnshire, Laird of Easter Geddes, Bane of Cawdor, fifth son of Drumornie, The First of His Name

It could have been, but that's not her, that's her sister!

This is little Nymeria! Isn't she a cutie? 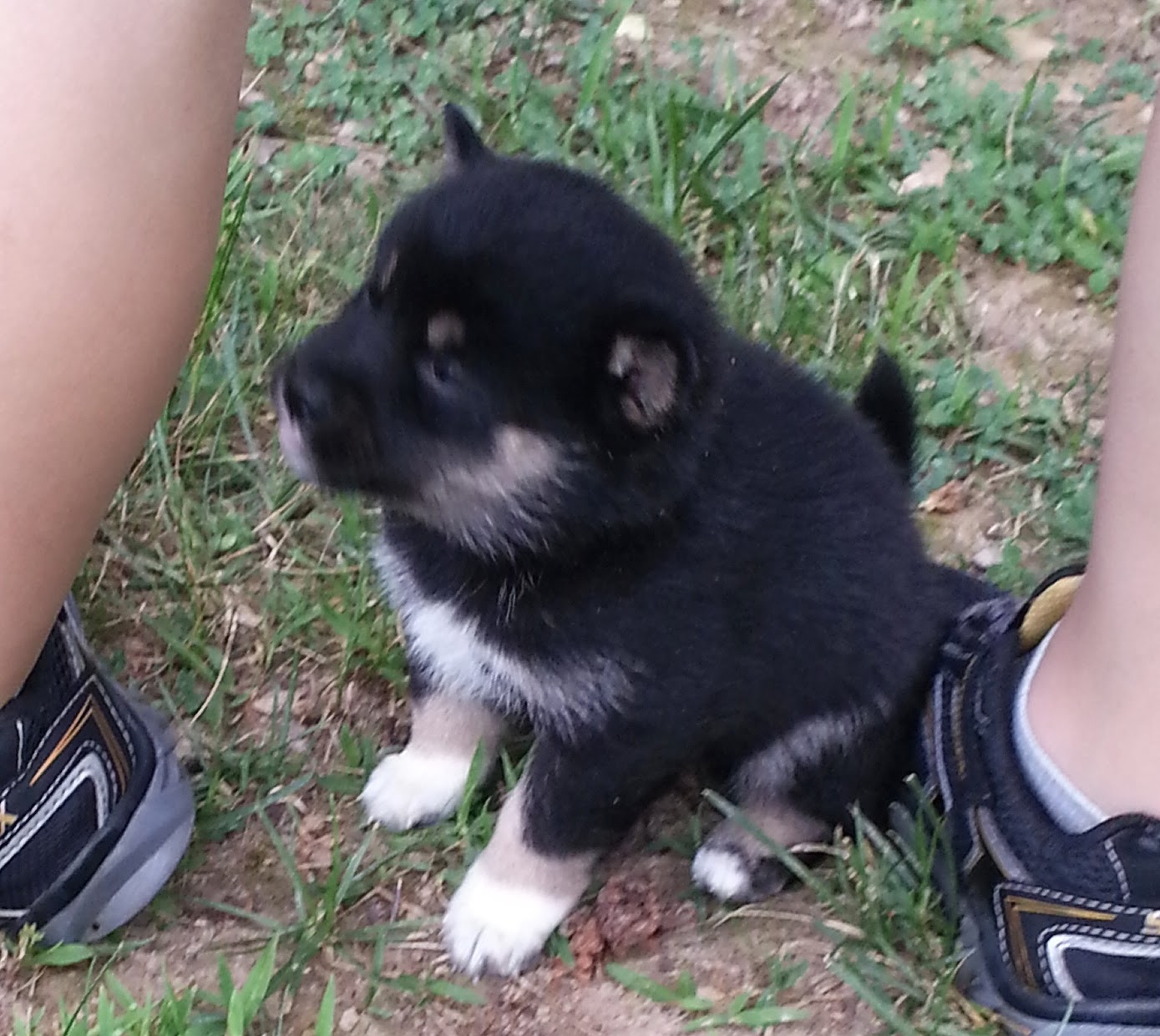 There is so much to do to prepare for our little bundle of fur, we have to get a collapsible crate and puppy bed and harness and vet and leash and water bowl and food bowl and toys and food and piddle pads!! So many things!

But we definitely have to have them all by August 2nd, because that's the day we pick her up from the Breeder (Blue Ridge Shibas - VERY nice people).

When we first met little Nymeria, she licked all of JR's fingers, which is a pretty big deal considering he was never a big fan of puppy slobber. She also fell asleep with her head in my lap and stood near us most of the time we were there. It was like she knew that she wanted to be our puppy.

She's also pretty adventurous and likes to roam, so I have a strong feeling we'll have to keep an eye on her out and about!
Posted by LoRo at 8:38 PM